The first returning Water Rails reappeared this week (as none bred this year) and they were quite showy (although a little camera shy). Kingfishers however, although they have been back awhile now, were much in evidence too and one proved to be a little bit more co-operative...

What would have been bird of the week if it hadn't been a 'near-miss' was a White Stork that Swannery ringer Steve Hales saw over nearby New Barn Farm on Saturday evening (while on his way to The Swannery's Bum Point wagtail roost). Probably not viewable from The Swannery, it may well have been earlier in the evening but I was only onsite for an hour early in the afternoon. My two previous August White Storks in 2004 were deemed to be of dubious origin but thankfully my April 2007 bird had much better (and tickable) credentials (as did my August 2007 Black Stork)! The only large wading birds that I saw this week were the usual Grey Herons and Little Egrets, although it's about time I had my first Swannery Crane (and preferably one without rings)!


As for waterfowl the female Scaup, although elusive (or absent) at times, was still among the slowly increasing Pochard and Tufted Duck flock, whereas the first three Wigeon of the autumn arrived, joining the unimpressive numbers of one Gadwall; two Teal and fourteen Shoveler. Three Shelduck were the first for a week or two and the now moulted goose flock has now largely dispersed (with the Barnacle and Bar-head now frequenting Radipole RSPB).

There were still about thirty Common Terns around for much of the week, including one or two still unfledged young but there were no other tern species seen. I did at last have my first juvenile Yellow-legged Gull of the season (although not being very good with young large gulls I may well have overlooked a few) and a juvenile Common Gull was nice to see among several juvenile and adult Mediterranean Gulls.

With no Marsh Harriers this week (and no Osprey since June) a Red Kite seen by colleague Judy on Monday qualified as the raptor of the week.

As alluded to earlier, there were few passerine migrants of any note but the wagtail roost at last held a few Yellow Wagtails (with around thirty present) and during the day a few were seen in the surrounding meadows along with a few Wheatears and the first two Whinchats of the autumn. Warblers too were in short supply with no surprises and I still await the first returning Tree Pipits, Spotted and Pied Flycatchers and Redstarts!


It was another rather quiet week, with waders again being the main feature. Peak daily counts were:


The numbers and variety of wildfowl were very similar to last week with the female Scaup again being the highlight.

There were still around sixty Common Terns present at the beginning of the week with still a few late young to fledge but numbers are dropping off daily now. The only larids of any note were a few Mediterranean Gulls.

There were no real surprises regarding passerines and 'near-passerines'  either with only a few making the notebook - namely the odd tardy Swift, a young Yellowhammer (probably the progeny of the pair that nested on adjacent Linton Hill) and still (as yet) only a few fly-over Yellow Wagtails.

Now we are into the second half of August though, things should really start to pick up soon, I hope!

Posted by Steve Groves at 20:40 No comments:


It was generally much quieter this week, but a Great Skua (or Bonxie) over The Fleet on today's Wetland Bird Survey was a good find (as they're less than annual at The Swannery) though technically it was seen just to the south east of the recording area off Clouds Hill boathouse (where it caused pandemonium amongst the gulls loafing on the leeward side of the bank).

The female Scaup still lingers and was not surprisingly the wildfowl highlight of the week.


The Wildfowl totals on today's Wetland Bird Survey were...

The above figures are pretty representative for the week but in addition there was a single Gadwall on Tuesday. Note the complete absence of Shelduck though.

The other water-bird totals on today's Wetland Bird Survey were...


Again pretty representative but due to their furtive nature Moorhens are always under-recorded on the count and in addition in the week the odd Kingfisher and Grey Heron were seen.

The wader totals on today's Wetland Bird Survey were less representative for the week so instead below are the peak counts for the week...


The gull and tern totals on today's Wetland Bird Survey were...

This was a pretty representative tally for the week but today's strong winds certainly brought in more large gulls and in addition there was a first summer Arctic Tern that was among 220 Common Terns on Tuesday.


The male Marsh Harrier, that reappeared again on a couple of occasions, was the only raptor of note, whilst 'new in' passerines were a Garden Warbler, the belated first of the year; five Wheatears, the first of the autumn; and a juvenile Stonechat, presumably the progeny of the pair that nested up on adjacent Linton Hill; and not having been noted for a few weeks the (or at least a) Nuthatch reappeared at Grove Lane.

I'll leave you with a few of the insect highlights of the week...

All the photos used (and taken) this week are courtesy of Charlie Wheeler, as I personally didn't manage to get any decent images at all... Thanks for helping me out Charlie. Thanks also to Alan Barrett and Mike Morse for helping with The Swannery WeBS and of course a general thanks to all the other counters on The Fleet and Portland Harbour.


There were a few more quality birds this week...

Highlight was a juvenile Montagu's Harrier that appeared to come in-off the sea  late Tuesday afternoon. Unfortunately it powered inland, flew over Chapel Hill and was lost to view (I didn't even have time to attempt a record shot).

Other head-liners included the lingering Wood Sandpiper to Monday... 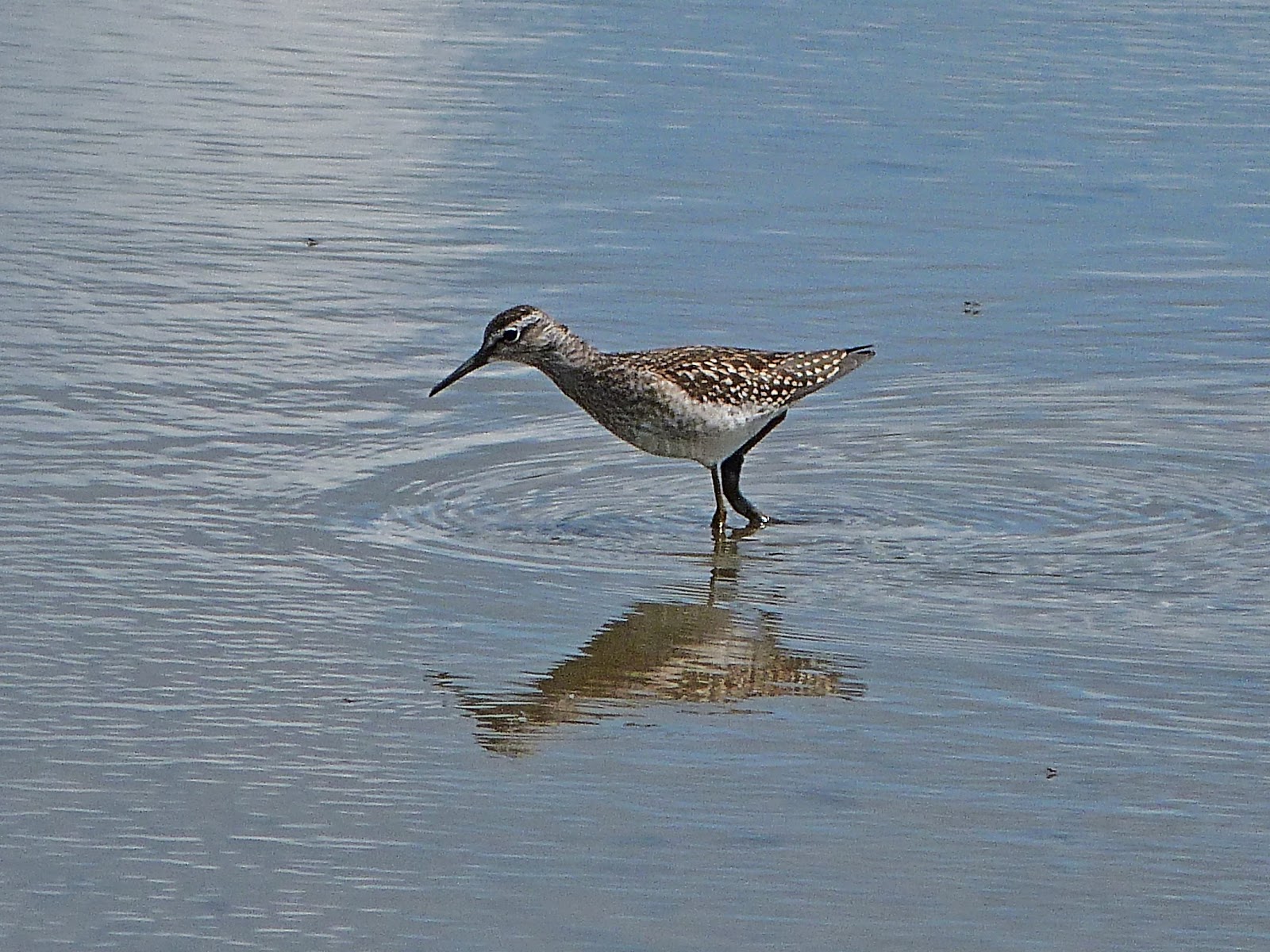 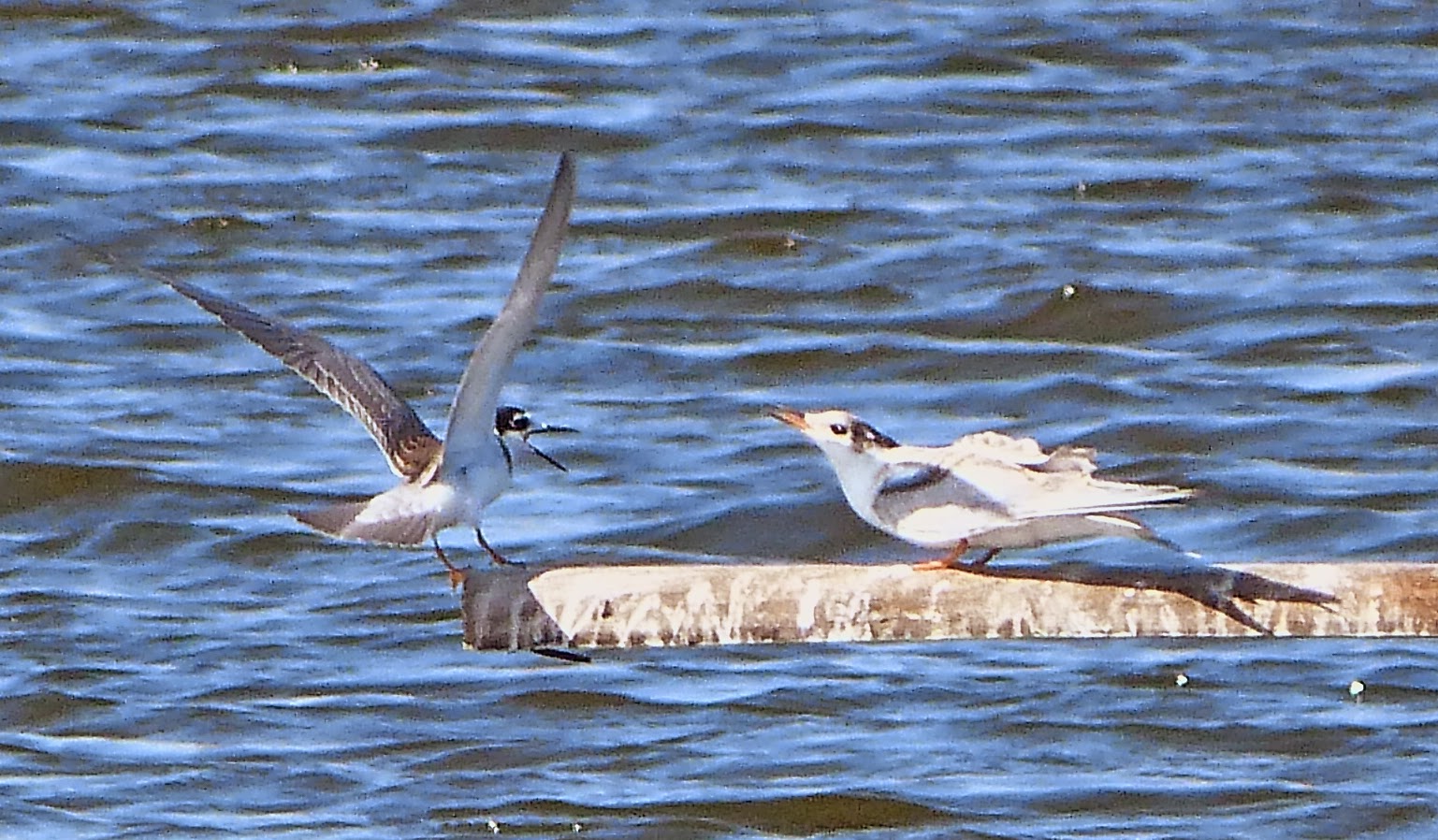 In contrast to last week only three tern species were present this week... the aforementioned Black, plenty of Common Terns busy feeding young and a few passing Sandwich Terns...


A handful of Mediterranean Gulls were the best of their ilk this week and Wildfowl too were not surprisingly a little less inspiring... The female Scaup still lingered but there were only single figures of Shelduck, Gadwall, Teal, Shoveler, Pochard and even Tufted Duck.

Apart from the Montagu's Harrier  the only other raptor of note was a male Marsh Harrier, also on Monday, which was presumably our former regular bird visiting from Radipole.

Passerine highlights were a Grasshopper Warbler on Monday and several singles of Yellow Wagtail...


Now we are into August though, the few single Yellow Wagtails should soon increase to a few hundred at least, as passerine migration really begins to move up a gear. Maybe we can clinch the Fleet's first Citrine this year!

Posted by Steve Groves at 22:39 No comments: