A Bit Of A Catch-up!


My last sightings post back in early November reported on the presence of three Dorset Rarities... An adult Greenland White-fronted Goose, a first-winter drake Green-winged Teal and a first winter drake Surf Scoter, the latter a first for The Swannery. So what happened over the winter?

Well the Greenland White-fronted Goose that arrived on the 9th November was still in the meadow with the Canada Goose flock on 28th February, although it did get around a bit over the winter, being seen as far west as West Bexington and as far east as Osmington (taking in both Radipole and Lodmoor RSPB reserves for good measure).


The Green-winged Teal was not seen again after the 9th November but an apparent adult drake was back on the meadow pool for one day only on the 10th February. Theoretically both sightings may have been of the same bird (that had completed it's moult wherever it had been in the intervening period), or equally as plausible perhaps is that they were two different individuals...

The Surf Scoter that arrived on the 9th November lingered on The Fleet at Abbotsbury just to the east of the Swannery recording area (and beyond any public right of way), until the 21st November. It could on occasions be seen very distantly from Helen Hide (within The Swannery grounds) by scanning down The Fleet  but on it's last day  it did the right thing (as far as my/the Swannery list is concerned) by appearing in the Swannery Embayment briefly. It then flew off down The Fleet and was not seen again.

So what other wildfowl turned up over the winter? Well not surprisingly the single first winter  Garganey seen in early November was not seen again but the two first winter Long-tailed Ducks (present since October) were joined by a third in mid-November and a fourth in early December. All four of the latter were still present on the 28th February but they could be elusive at times, often splitting up and getting further down The Fleet and possibly as far as Portland Harbour, where the odd one was reported over the winter.


The four Scaup present in early November increased to five by mid-month and all five plus the regular female hybrid (that occasionally led to claims of six) are still present but they too sometimes get wanderlust and move further down The Fleet or over to Lodmoor RSPB.


The only other ducks of any note were a 'redhead' Goosander on a couple of dates in December and a drake Mandarin that was present for much of December and January...

Now just like the Mandarin many of the geese that occur at The Swannery are of naturalised introduced stock rather than truly wild birds. A good example being the four Egyptian Geese that flew north on the 1st December (but hopefully not the Greenland White-front). However Barnacle Geese occur in Britain both as a wild winter visitor and as a naturalised introduced resident. The wild population that breeds in Greenland and Svalbard winter predominately in Scotland and Northern England, with most that occur in southern England being of introduced stock. However a very wary flock of Barnacle Geese have been visiting the West Fleet regularly now for the last few winters and I believe that there's a good chance that they are genuine wild birds from the Arctic Russian/Baltic breeding population that predominately winter in the Low Countries and occasionally as far south as France. This winter The Fleet flock numbered up to fifty individuals and although they again favoured the Rodden Hive area they were seen in The Swannery meadows on the 23rd December and also made several flying visits on the 12th February.


I also fairly regularly encounter very wary Greylag Geese in late winter and early Spring and this year was no exception. Three dropped in briefly on the 11th February (which I unfortunately missed) and one spent much of the day way off across the embayment six days later on the 17th. Now much of the British population of Greylags are of 'feral' stock of course but many of the truly wild Scandinavian breeding population winter in Spain and South-west France so I can see no reason not to assume that these wary geese that we often see at this time of year are in fact truly wild birds on there way back north.

So far then it has all been about wildfowl but that is because it was a pretty quiet winter here for most other species. The storms in early November that produced the Little Auk (mentioned in my last sightings post), did also bring in the second Shag of the year but that's about it.

The four Yellow-legged Gulls present in early November (also mentioned in my last post) were not seen again, whilst the now expected influx of Mediterranean Gulls, peaking at around eighty at times, were the only other gulls of note.


Waders too were in short supply with the only noteworthy sightings being a Knot on the 9th November, a Woodcock on the 14th November, a Curlew on the 1st and 4th December, a Black-tailed Godwit on the 7th December, a Green Sandpiper on the 2nd February, a peak of eighty Golden Plover on the 6th February, a Ringed Plover on the 7th February, a Greenshank on the 8th February and a Turnstone on the 26th February. Peak counts of the commoner waders were: Oystercatcher - 5; Lapwing - 800; Dunlin - 5;
Snipe - 40; Redshank - 11.


The regular male Marsh Harrier has been seen fairly frequently and an immature bird was also seen on the odd occasion, whilst a Barn Owl was the only other raptor of note.


There were very few passerines of any calibre either with winter finches and thrushes being in very short supply. Apart from the four Lesser Redpolls that were ringed early in November there was only one other seen all winter and even more surprisingly only one Siskin! Redwings and Fieldfares fared a little better with a peak of thirty of the former in November and eleven of the latter in December but none of either have been seen so far this year! In the reedbeds there have been good numbers of Reed Buntings, several Cetti's Warblers and at least two Bearded Reedlings have over-wintered but with fifty acres to forage in they have been very elusive. At least three Chiffchaffs survived to the end of January but the minor cold snap in early February caused them to move on and only one has been seen in the last few weeks. Goldcrests however seem to be doing well but there has been no sign of any Firecrests since the one seen in early November.


As for other wildlife the highlight was an Otter that Swanherd Dave Wheeler was lucky enough to encounter in the stream...


Thanks to Charlie and Dave for the use of their photos. I do plan now to post more regularly and possibly even weekly again. Thanks for bearing with me.

I'll leave you with an image of one of the fantastic sunsets that we were treated to this winter... 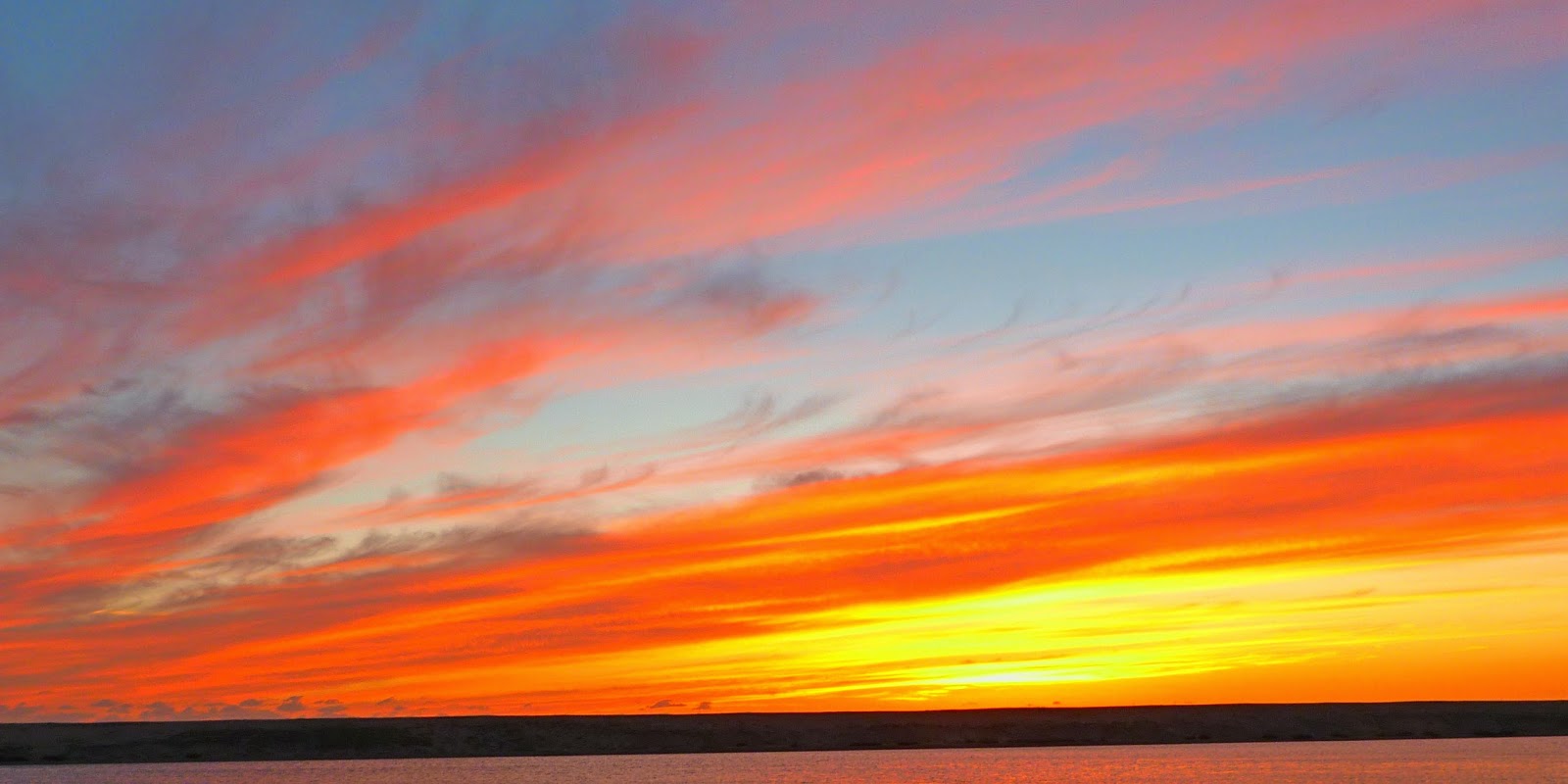