There were no rare vagrants, scarce migrants or 'Swannery first's' yet again this month so it's on with the rest of the news...

The first Garganey of the year, a drake, was on Meadow Pool on the 14th...

The  five Scaup (the adult drake, adult duck and three first winter ducks) were seen virtually daily until the 20th...

The peak counts of other wildfowl were:

An Avocet was present on the 24th, the first since May 2015 and a Jack Snipe was seen on the 30th. Peak counts of the other waders seen were:

The first Sandwich Tern of the year was seen on the 25th with another two on the 30th, while earlier in the month a third calendar year Yellow-legged Gull was present on the 1st. Peak counts of the other gulls seen were:

Last month's Slavonian Grebe  was seen again intermittently between the 4th and the 28th... 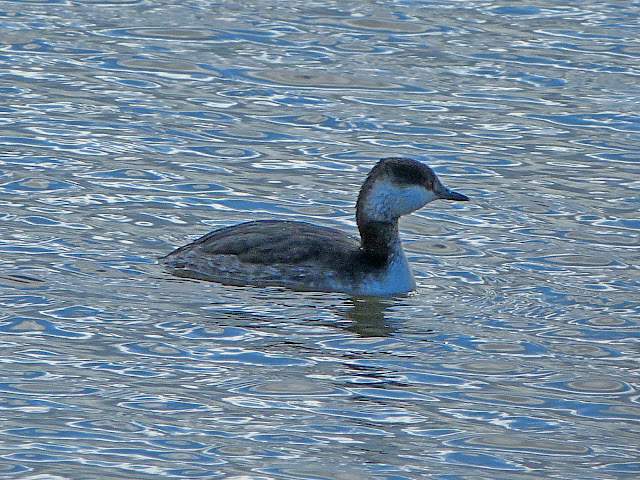 Peak counts of other water birds were:

There were several of sightings of the regular immature Marsh Harrier and one sighting of a Peregrine. The following three species though were noted regularly:

Again there were no sightings of Tawny Owls but they were presumably present.

There were no noteworthy sightings but the following species were noted in varying numbers:

New for the year were at least one Bearded Tit on the 29th, two Swallows on the 23rd, a Wheatear also on the 23rd, followed  by another three on the 30th and a Scandinavian Rock Pipit on the 19th. There were no other noteworthy sightings but the following species were noted in varying numbers:

And that's it for this month...

Posted by Steve Groves at 18:19 No comments: